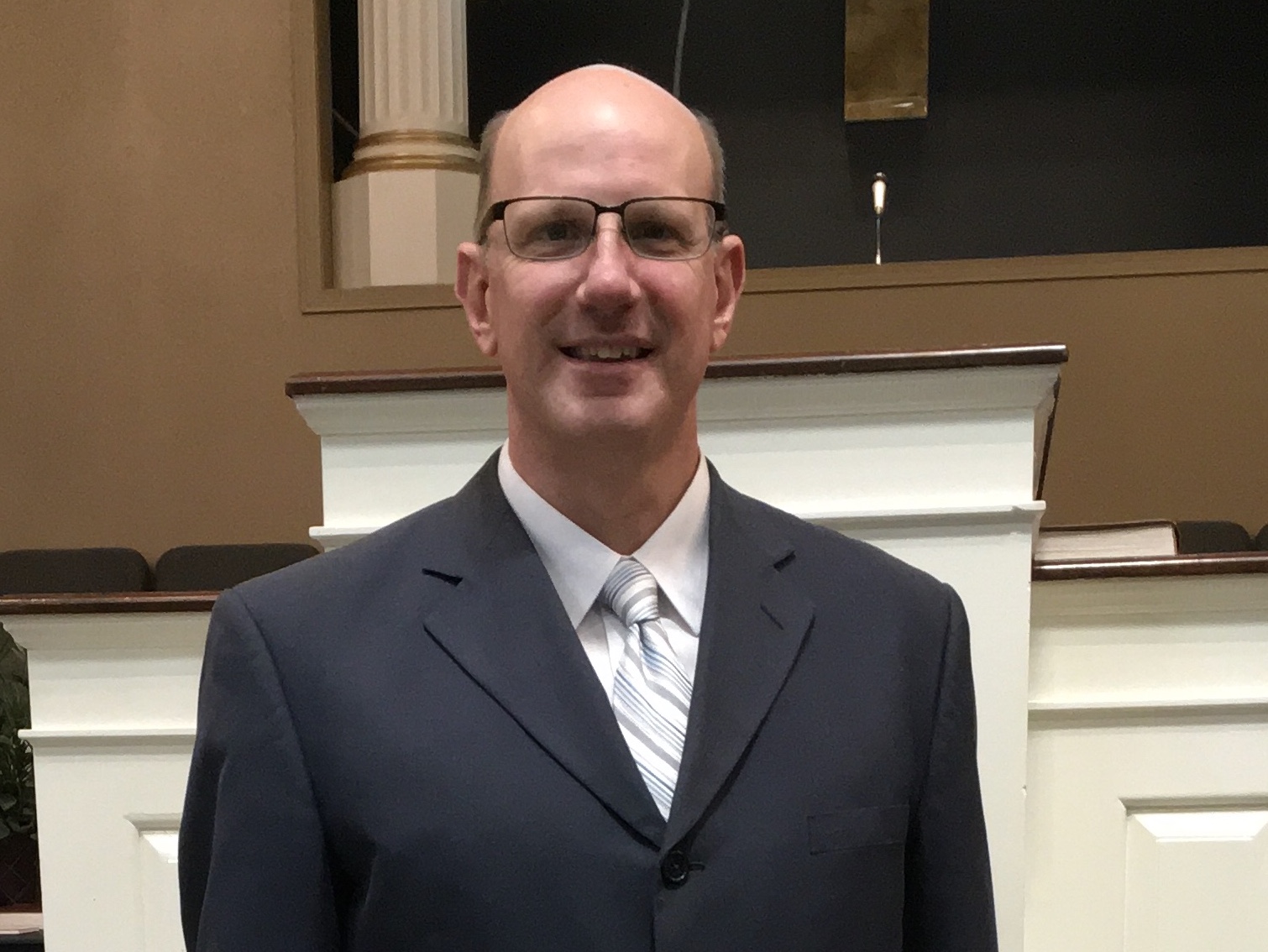 Kevin W. Stroup became the Pastor of Gospel Baptist Church in April of 2022.  He is a 2002 graduate of Crown College and a 2003 graduate of Crown Seminary.  After graduation, both Kevin and his wife Debbie, served on staff under the leadership of Dr. Clarence Sexton in Powell, TN for two years.  From there, they served in Dickson, TN until 2019 when they followed the Lord's leadership to Thomaston, GA.

Originally from Northeast Ohio, Kevin and Debbie were both raised in Trumbull County.  It was here at Gospel Baptist Church that Debbie served as church secretary until their marriage here on June 20, 1998.

While Debbie serves as one of the church pianists, she also loves hosting guests and being a blessing to others.  Pastor Stroup has a genuine love for the Bible and simply desires for others to come to a saving knowledge in Christ and learn the Scriptures as well.  Occasionally in a sermon, you may hear him expound upon the glories of Ohio State football or Cleveland Indians baseball too.